**** The Wee Review
**** Broadway Baby
**** Arts Reviews Edinburgh
Geoff Robb was the winner of the 2018 Brighton Fringe Live Music Award for his solo show. His beautiful meditative compositions blend his classical training and background in healing with his love of Spanish and Celtic music.
He has performed to audiences all over the UK and beyond at venues including Buckingham Palace, The Houses of Parliament and Glastonbury Festival.
He performs on both steel string and nylon string guitars including a beautiful Maple guitar he built himself with the expert help of luthiers Richard Osborne and Cameron Mobbs.

He has performed in Portugal and Mexico and supported many top guitarists from across the world including Estas Tonne, Clive Carroll, Tony McManus and Eduardo Niebla.

He studied classical guitar with Paul Gregory (winner of the International Segovia Prize) and also has a diploma in jazz. He has performed Vivaldi’s ‘Concerto for Lute in D’ with The Bath Concertina Orchestra but works mostly as a soloist, playing recitals at arts festivals and guitar festivals across the UK.

“Geoff Robb – an outstanding guitarist. Every piece he played was impeccable and his innovative technique was of the highest standard.”
The Argus 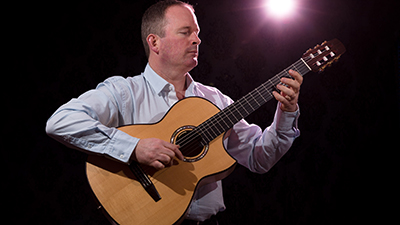 The Music of Trees

The Music of Trees album was recorded during the 2020 Covid-19 lockdown and features 10 solo guitar compositions and is available as a download or CD with a 12 page booklet. 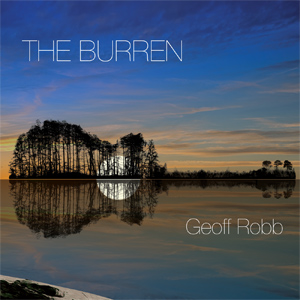 The Burren was released in 2017 after a successful crowd-funding campaign and features Geoff's original compositions. 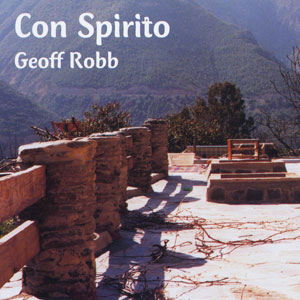